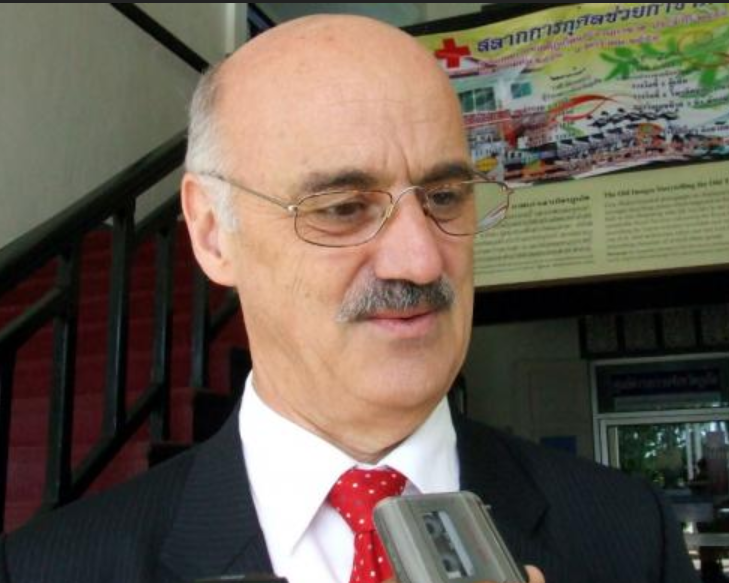 James Wise, who was Australia’s Ambassador to Thailand from 2010 to 2014, is the author of a new book, Thailand: History, Politics and the Rule of Law. He was also posted to
Bangkok as Deputy Head of Mission in the Australian Embassy from 1995 to 1998. He was a Rotarian at Rotary Club of Bangkok during that period.

Since retiring from the Australian foreign service in 2014, James has divided his time between Australia and Thailand. He is now an independent consultant providing assessments and presentations on trends in the political economy of Thailand. He is also an independent director on the board of ANZ (Thai) and the director of a foundation that has established a school for underprivileged children in the north-east of Thailand.

He graduated with first class honours in history from the University of Tasmania.